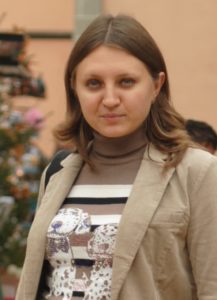 She gives lectures and practical works in “Higher Mathematics” at Faculty of Іnfocommunications (training in Ukrainian and English).